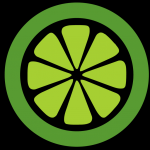 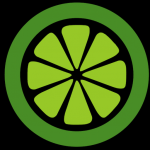 2- Salad has a modifier like “Dressing” ( Modifier choices: Balsamic and 1000 Island)

In the previous sections, we explained how to define modifiers and how to assign modifiers to the items.

Using the same steps, you can define the items and modifiers in the example above in the LimeOrder Point Of Sale App for restaurants.

This means you have to define “Steak Side” as a modifier group and define different choices for that (like Salad and Soup). After that, you assign the Steak side to a Steak like New York Steak. Click here to learn more: ( How to define modifiers for Steak ).

Normally, products like “Steak” are defined as Items in the LimeOrder Point Of Sale software. And all the modifiers like the Steak side have “Vegetarian Salad,” Soup, and Temperature will be defined as “Modifiers” in the system.

Given that “Vegetarian Salad” is an item that has its own modifiers, we define it as an item, not as a modifier.

In the two cases, you have to define a modifier like Soup and Salad as an item, not as a modifier:

1- You sell that modifier separately.

2- The modifier has its own modifiers (Nested Modifier )

After defining “Vegetarian Salad,” we have to mark it as “Item is modifier” as shown below:

To do this, click the “Menu&Product” button in the main window and choose the item “Vegetarian Salad”. Next, click the “Edit” button as shown below.

To do this, you can click on the “Menu&Product” button in the main window and choose the item “Vegetarian Salad,” click on the “Edit” button as shown below.

In the pop-up window, check the “Item is Modifier” checkbox. After that, click the “Save” button to save the change.

Now, you are done with defining the “Nested Modifier”.

To make you understand the steps better, let’s define the modifier and assign it to the item here again.

In the example below, we define “Salad” as a “Modifier Choice” for “Steak Side.” We then assign “Steak Side” as a modifier to “New York Steak.”

Select the “Modifiers” button in the main window. Then, create a Modifier Group as “Steak Side.”

2:Add “Vegetarian Salad” as a modifier choice for “Steak Side.”

In the pop-up window shown below, select the Vegetarian Salad from the drop-down list of the modifier choice. Next, set the Extra Charge if necessary. After that, click the “Save” button to save the changes.

3: Assign “Steak Side” as a modifier for “New York Steak”

Now, click the “Add” button in the Modifier Groups section, as illustrated below.

Then, click the “Save” button to save all the changes.

As you can see, you have used an item “Vegetarian Salad” as a new modifier and assigned it to the New York Steak.

What are your Feelings

Still stuck? How can we help?

How can we help?

How to assign a modifier to an item

Have a question? We are always here to assist you.

LimeOrder is the best pos software for restaurants , retails and small businesses

Proud Member Of Markham Board Of Trade